One of the keys pieces from the book, "The One Thing" that Gary chimes in with again and again is the focusing question. Really, you could say that all the actions, tips, concepts, etc. from the book stem from asking yourself just this one question

What is the ONE Thing I can do, such that by doing it, everything else will be easier or unneccesary?

The way the question is worded is very purposeful. It hones everything down to a single unit or a task. Gary mentions how the quality of an answer you seek is determined by the quality of the question. Later in the book, Gary talks about the Four quadrants when setting a goal. This is to bring greater clarity to the quality of your goals that you are making (hint: big and specific is the best quadrant!). When deciding what is our one thing, we need something similar. We need a way to get rid of the noise and start to piece together some dominoes in order to get them to fall. By knocking down our dominoes, we get closer to achieving our goals, and each successive domino we overcome, the rest get easier to knock over.

There are three parts to this focusing question says Gary:

This is the starting point, it tells you that the answer will be one thing vs. many things. Think back to the portion of the book talking about lists, and how lists distract you from doing that one thing that ACTUALLY needs to get done. Then there is the last portion, the "I can do". This gives you the courage to know you CAN accomplish something. Yes it won't be easy, it might take some time, but you CAN do it. "Can" in this instance is way better than saying "should" "would" or "could". Gary mentions that, "Action you 'can do' beats intention every time".

This portion lets you know what you have to do...you have to DO IT! There really is no other way around it. The path to getting an answer back from the focusing question and reaching your goals goes through Part 2 here. You have to realize that you need to complete the mission of your one thing, you aren't just doing anything you are doing the one thing that matters right now, and after doing it, there is something on the other side..the results

Part 3: "...everything else will be easier or unnecessary?"

"Give me a lever long enough and I could move the world" said Archimedes. The lever matters. You could have the biggest boulder at the end of a stick, but the length of that lever is going to turn that boulder into what feels like a pebble (maybe not exactly but you know what I mean!). Remember the domino analogy, every time a domino falls it sets off a chain where it can knock down a slightly larger domino until you end up with a domino the size of a building and beyond (Think back to Chapter 2 of the book). Getting to the ultimate goal is going to now take less effort compared to when you started. Once you accomplish the task of this focusing question, you then create another question for the next task at hand, and guess what, after doing that, it will get even easier. Next thing you know, your focus is just on the one basket, and you are not worried about the other baskets. Everything else takes care of itself.

As Gary says, "The focusing question asks you to find the first domino and focus on it exclusively until you knock it over."

Episode on WillpowerOne of the more surprising things about rereading “The One Thing” is coming across the section of the book titled “The Lies”. This was a part that I had actually completely forgot about, and Gary hits us with the lies about success with the first few chapters of

The One Thing: IntroductionI first read Gary Keller's book around 2017/2018. Around this time, I quit my job as a medical sales rep, went through what was probably depression, battled anxiety attacks, started a new job as a beverage sales rep, and...started Brazilian Jiu-Jitsu. A lot of things 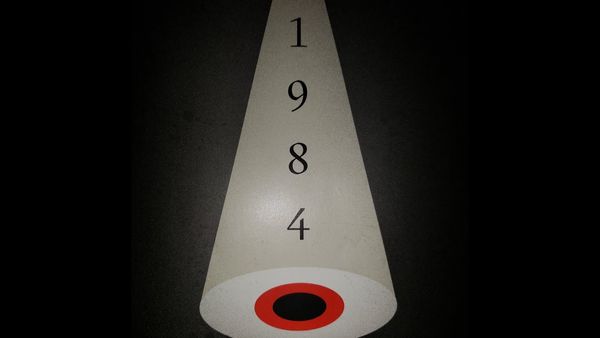 Full Episode: Chapter 3, Part VIWe see a complete reversal of Winston in this final chapter, can you name some of the things Winston now does that reflects him being a good party member?What an extraordinary turn of events! At the conclusion of 1984 we see a huge 180